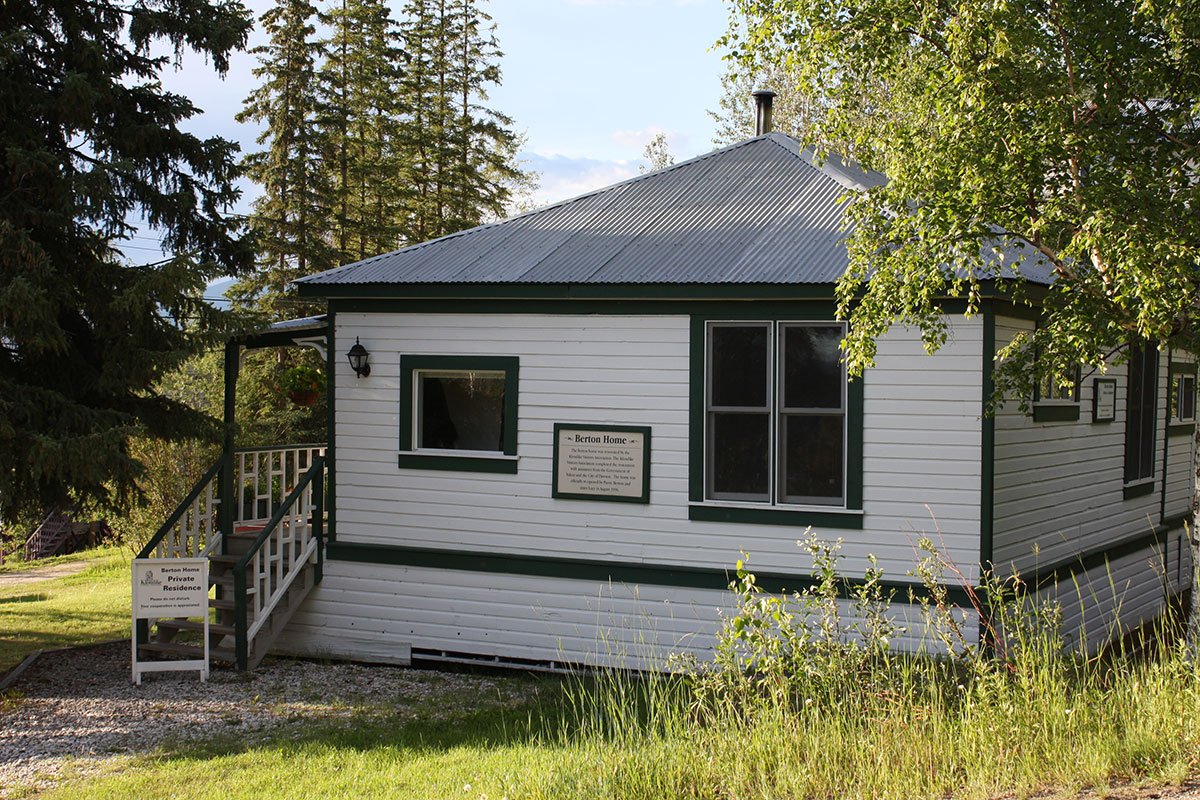 The original house was built in 1901. Mining recorder Frank Berton bought it for $500 in 1920. For 12 years it was the family home of Frank and Laura Berton, their son Pierre and daughter Lucy until they left Dawson in 1932. The dwelling was acquired by the Yukon Arts Council in 1989 thanks to a generous donation of $50,000 from author Pierre Berton, and is now the official home of the Berton House Writer’s Retreat Program.

The Berton home has been completely renovated by the KVA at a cost of more than $100,000. The property has been landscaped, the house has been re-insulated, re-wired, new plumbing installed and a fresh coat of paint applied inside and out. The building was re-dedicated in a colourful ceremony on Aug. 14, 1996. The home is utilized as a private retreat for Canadian writers.

It is now owned and operated by the Writers’ Trust of Canada.