The Road to Adventure - in a world that gets more crowded every year, the Alaska Highway provides an unequaled opportunity to see wilderness on a scale that has to be seen to be believed.
As the main access route to a region that was named after the original inhabitants’ descriptive names Alyeska (“The Great Land”) and Yukon (“The Great River”), the highway offers a unique, never-to-be-forgotten experience for those who come prepared to look and listen carefully.Called the Alaska Military Highway at first, it then became the Alaska-Canada Highway, which was shortened to Alcan before finally being replaced by Alaska Highway, the name by which it is officially known today. To the people who built it, though, it was simply The Road. For 8 months, the lives of 18,000 men and women were dominated by The Road, and for most, it would remain one of the highlights of their lives.Because of extensive re-routing and straightening, the length of the highway has been reduced dramatically since it was first pushed through. Originally the Alaska Highway was 1,671 miles (2,673 kilometres) long, and by the time it had been upgraded to an all-weather road a few months later, it was down to 1,520 miles (2,432 km). Of that, 655 miles (1,048 km) were in British Columbia, 567 miles (907 km) in the Yukon, and 298 miles (477 km) in Alaska.

Put your imaginations in gear now, and let’s head up the Road to Adventure! 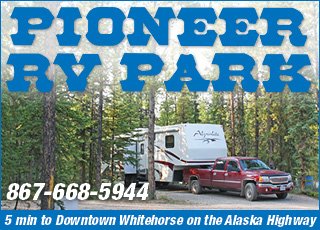 Haven in the Willows
Alaska Highway