A tale of Fire and Ice

The Yukon River has long been a primary mode of travel and connection for Yukon people. Yukon First Nations navigated the river in handcrafted boats to access fishing sites, hunting grounds and traditional gathering places. 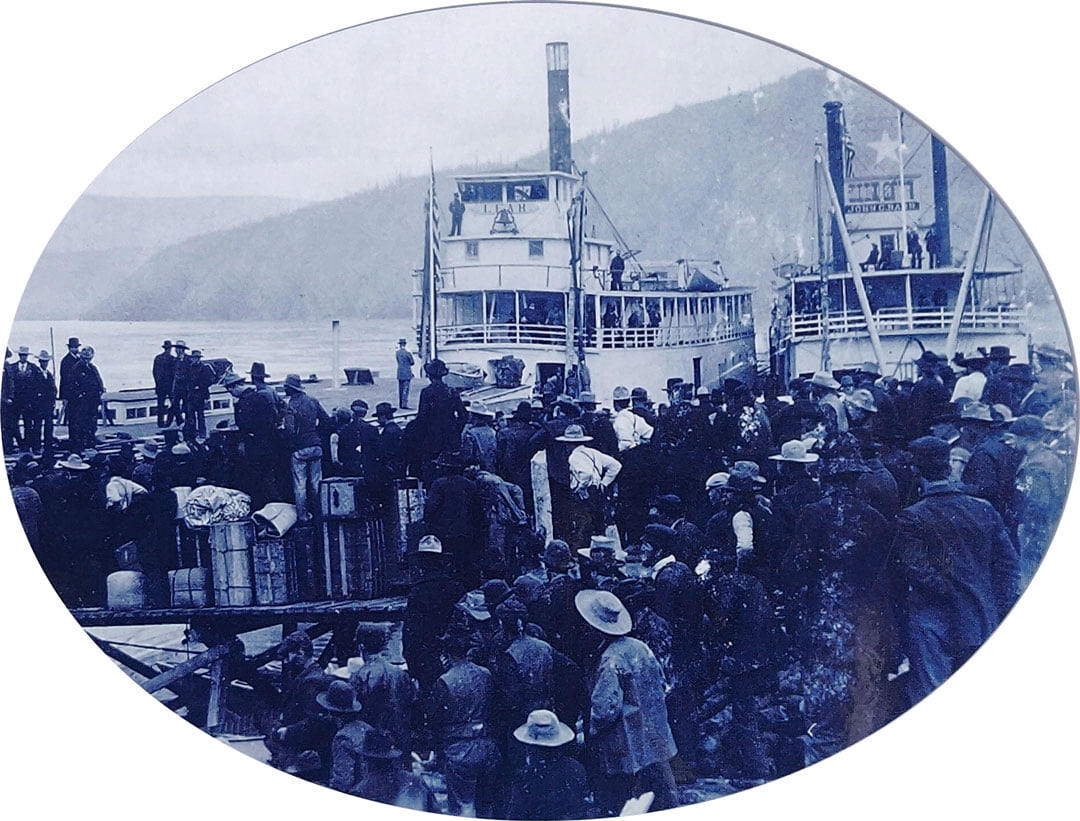 The Klondike Gold Rush sparked a golden age of riverboat travel. In the spring, breakup was followed by a flurry of activity, as sternwheelers churned up and down the rivers, transporting people and supplies to the Klondike. While the boom ended by 1900, sternwheelers remained an important mode of transportation until highway construction in the 1940s and 1950s brought the era to an end. The last operating Yukon sternwheeler, the S.S Klondike, was retired in 1955. 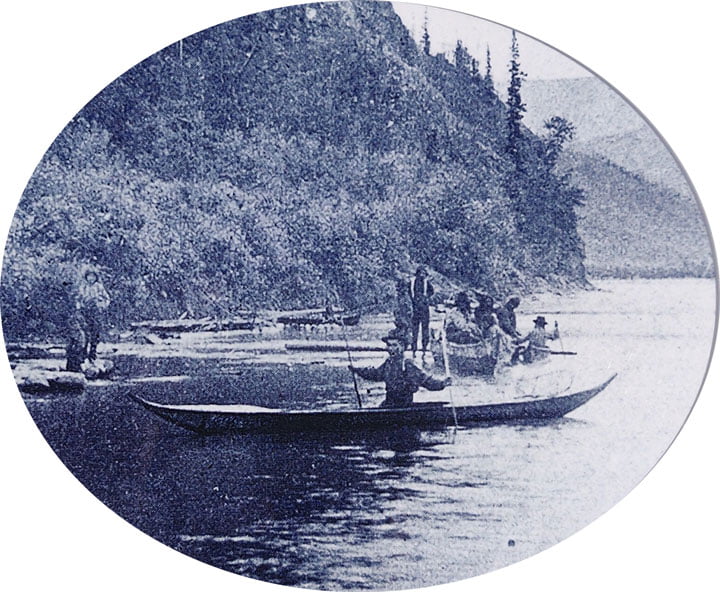 In October, as the waters began to freeze, operators needed a safe place to store their boats for the winter. From this lookout, you can see a protected slough, where the steamboats were sheltered from the crushing power of river ice. Today, Steamboat Slough is a calm channel in the meandering Yukon River. Yet, beneath these waters there may lie old steamboats, waiting to be discovered.

First Picture: A crowed greets steamships arriving at the Dawson docks. During the sternwheeler period, a total of 266 steamboats operated on the Yukon River in Canada and Alaska. Yukon Archives, Vancouver Public Library Collection, 2084)

THE SCIENCE OF SHIPWRECKS

The Institute of Nautical Archaeology (INA) is an international organization working to locate, document, excavate and preserve significant underwater and nautical archaeological sites. Since 2005, INA archaeologists, with support from Yukon government, have searched for and documented 18 gold rush era vessels in Yukon.

At Steamboat Slough, two small 1898 steamboats, the Mona and Glenora were lost in a 1902 fire. Despite the challenges of limited visibility, INA archaeologists are examining the shallow, muddy water for the hulls of these and other small steamboats. 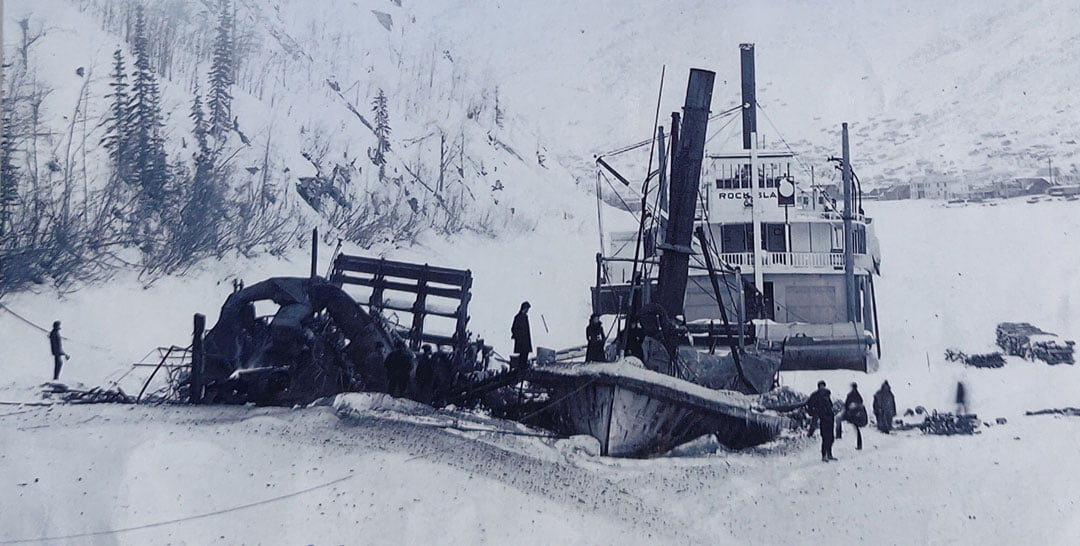