The Yukon sits in the northwest corner of Canada, north of British Columbia, east of Alaska, and west of the Northwest Territories (NWT). As elsewhere in the north, the Yukon isn’t like the rest of North America. There are  36,794 people and about 480,000 square kilometres in the Territory. The ratio of moose to humans in the Yukon is 2:1! This means that population density here is low, and much of the Yukon is uninhabited wilderness.

The population hubs of the Yukon are

The majority of the Yukon’s population is concentrated in these cities, but during your travels through the Yukon, you’ll find small communities in beautiful areas, each with their own character and flair. Spend some time here and get to know the different regions of the Yukon and the colourful characters that call them home.

Your visit to the Yukon may be a stopover en route to one of our neighbour communities in Alaska, British Columbia, or the Northwest Territories. The Yukon provides the only overland access to Skagway, Alaska, and to Inuvik, NWT. We invite you to enjoy the services, amenities, and experiences offered by the communities in our territory and by our neighbours. Find out more by exploring our site! 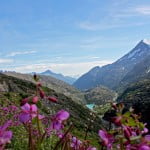 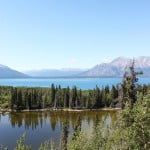 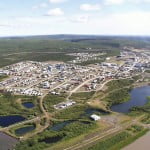 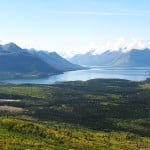