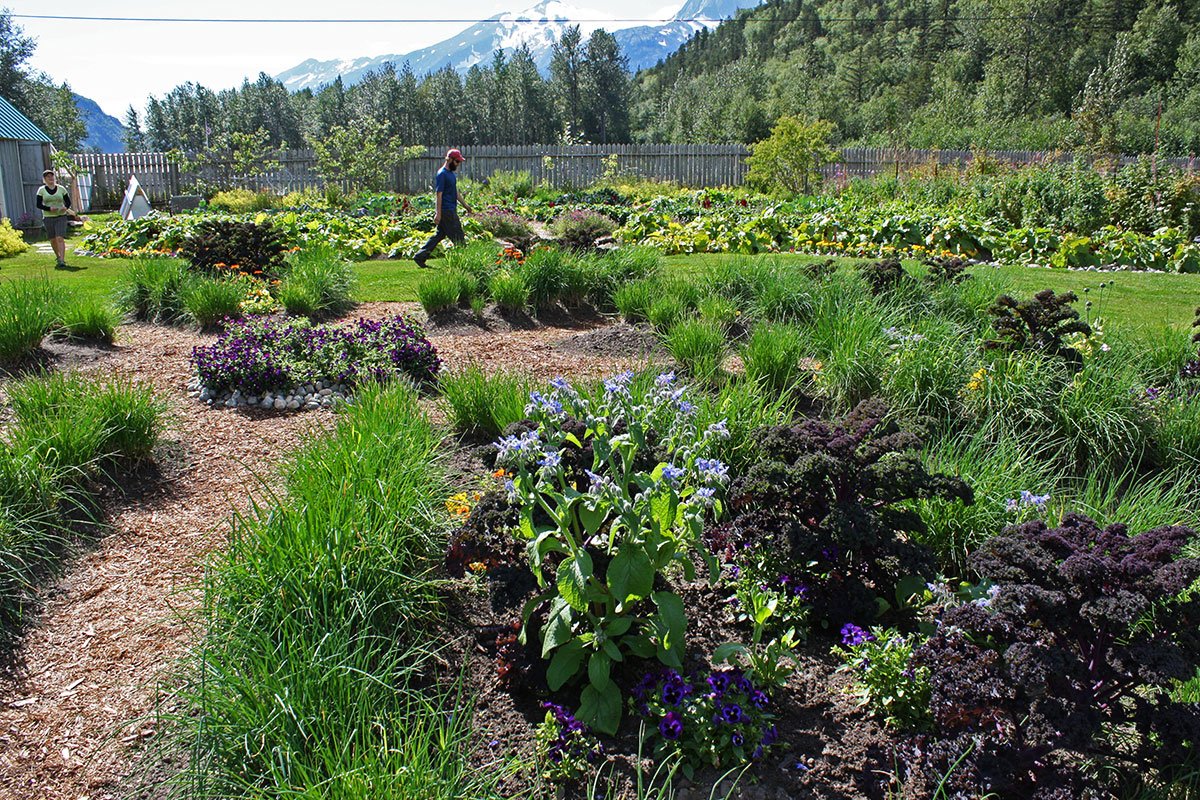 The height of the Gold Rush had barely passed when local residents began exercising their green thumbs. One family grew potatoes in 1898, and the following year a visitor gushed that “all sorts of vegetables are grown in the gardens” here. The area’s potential as a farming center grew. Local farms were prominently mentioned in several early Agricultural Department publications, and the town was seriously considered as a site for an agricultural experiment station.

It was flower gardens, however, that soon overshadowed vegetable production. By 1905, a White Pass Railway brochure proclaimed the beauty of Skagway’s “flowers, trim lawns and prolific gardens.” The Blanchard Garden was the most publicized and for years held the record for America’s largest dahlia. Local jeweler Herman Kirmse sponsored a local garden contest, which became so successful that many people from outside Alaska were attracted to it. The local Order of the Eastern Star chapter continues this tradition every August.

In 1910, the Skagway Commercial Club declared the town “Garden City of Alaska.” The name has stuck for many years, but the title was not official until former Governor Steve Cowper signed the garden city proclamation in 1988.

The garden club is responsible for the row of mountain ash trees on the road to the ferry terminal and many of the flower boxes you see in the Historic District. We hope you enjoy our gardens…they are part of a great Skagway heritage.