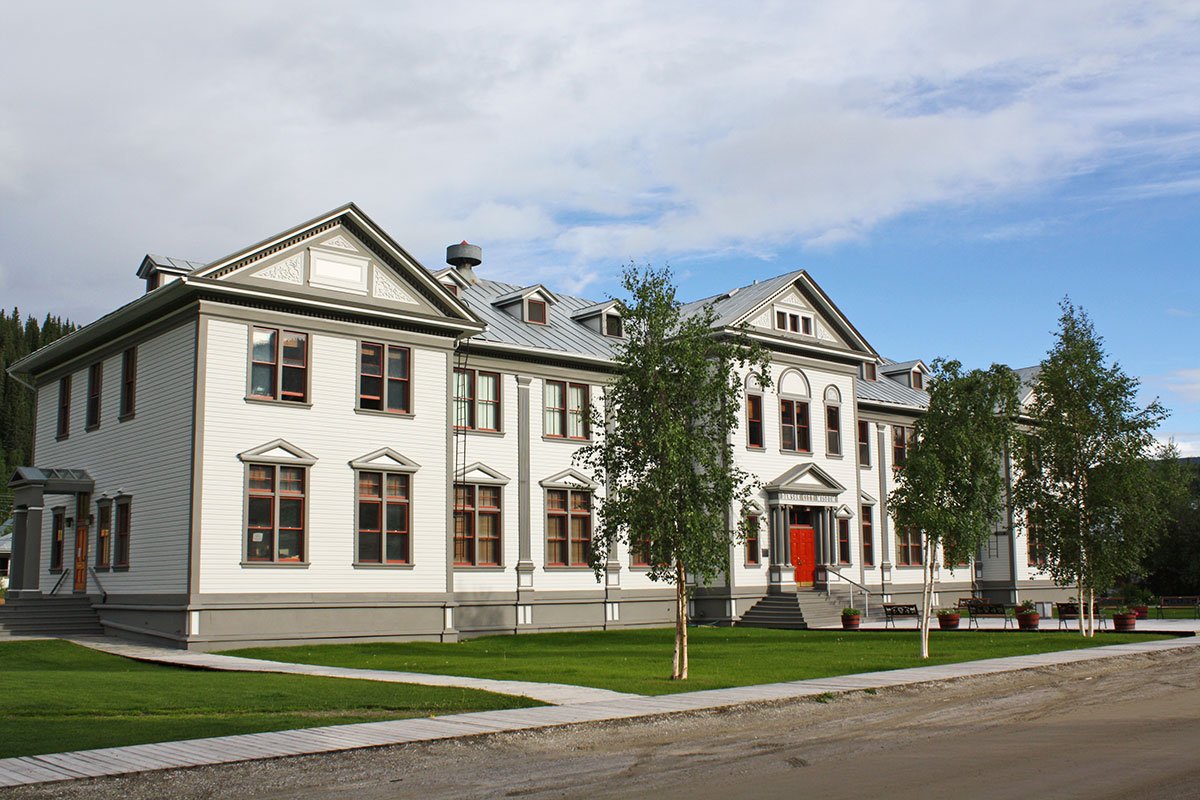 A dramatic influx of eager cheechakos (newcomers) in the summer of 1898 created the largest city west of Winnipeg, Manitoba and north of Seattle, Washington virtually overnight. By the turn of the century, Dawson City had become a refined city, boasting grand government buildings, stately homes complete with such civilized amenities as running water, electricity and telephones. Many people referred to it as the "Queen City of the North".

The Dawson City Museum features displays of early mining history and portrays the actual life of the early Dawson residents. There is also an exhibit of turn of the century trains and a directory of goldseekers. A separate Firefighters Museum features vintage fire engines and horse drawn "pumpers".