Located on the Klondike Highway south of Whitehorse, the village of Carcross was originally named Caribou Crossing by miners who had reached this junction point of the Tagish and Bennett lakes en route to the Klondike gold fields at Dawson.

Homemade snacks and goodies, waffles and grilled sandwiches, freshly prepared and baked just for you from 9am-6pm on weekends, Fridays: 10am to 5pm and Tuesdays and Thursdays 10am to 3pm.

See you in Carcross!

The Caribou Hotel, located in Carcross, Yukon is a Designated Yukon Historic Site that is over 100 years old. The hotel has undergone a meticulous refurbishment from top to bottom. At present the hotel is open seasonally offering bar/saloon service. The boutique hotel rooms are planned to open later in the season. 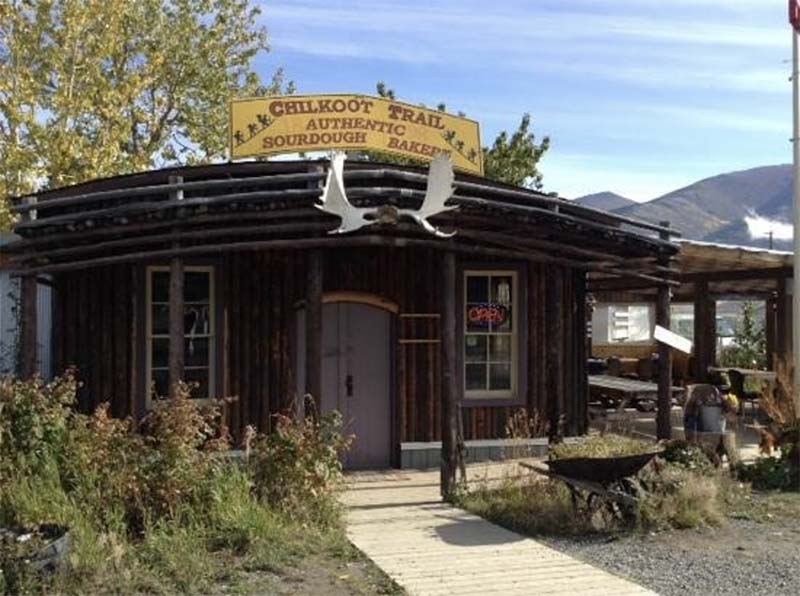 A friendly community within the Traditional Territory of the Carcross/Tagish First Nation.

Surrounded by big skies, soaring mountains and emerald-coloured glacier-fed lakes our little community is alive with Indigenous art and Culture.
Discover some of Carcross’s treasures: the only one-way street in the Yukon, the oldest hotel in the territory, the smallest desert in the world and the Yukon’s strongest bridge.

Take the short interpretive walk along Nares Lake to reach downtown Carcross and enjoy shopping at the Carcross Commons, an artisans’ hub, and sip gourmet coffee while the kids have fun at the Game Mother playground.

Take a trip back to the days of the Gold Rush and visit the historic White Pass and Yukon Route Railway train station.

Carcross also boasts the world-class Montana Mountain biking and hiking trails, built and maintained by local Indigenous youth since 2006, through the Single Track to Success (S2S) program. Retrace the steps of a century-old mule trail on the Mountain Hero Trail, explore the re-purposed old mining trails and climb to the top of Montana Mountain for an incredible view shared with the caribou, and enjoy the exhilarating return to the bottom! 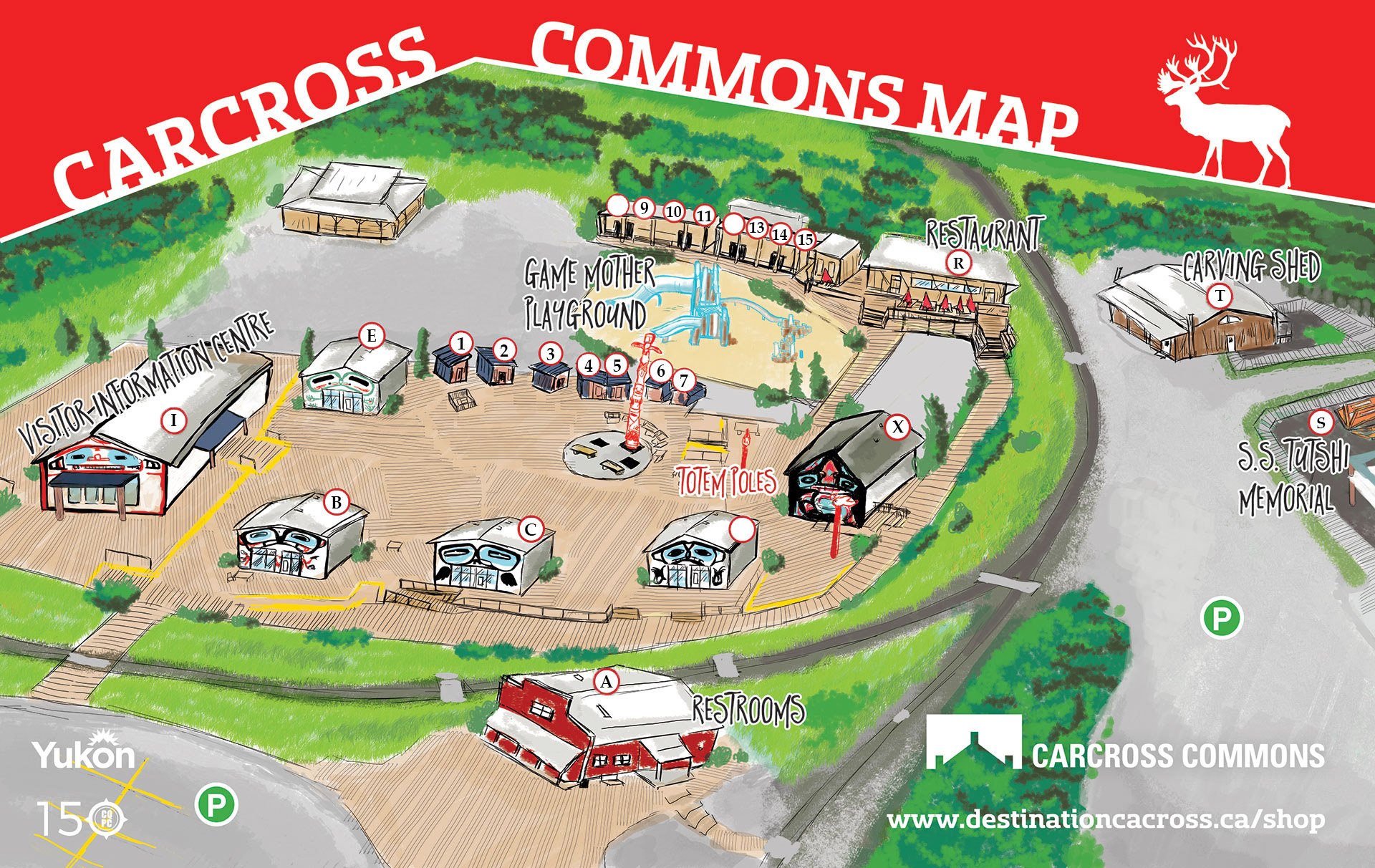 Twice a year large herds of caribou migrated across the easily forded Nares Lake shallows east of the townsite, which was no sooner developed to serve Klondike miners than it became an important stopping point for the White Pass & Yukon Railway in September 1898. The Caribou Hotel also opened in the same year and still in operation, Matthew Watson’s General Store is the Yukon’s oldest operating store.When railway construction through the White Pass was completed, the final gold spike was hammered into the track here on July 29, 1900.The name Caribou Crossing was changed to Carcross in 1902 due to the lobbying of Bishop Bompas, who had established a school for First Nations children the year before. Bompas was infuriated that mail addressed to the school was being redirected to other Caribou Crossings in British Columbia and Alaska. While the post office adopted the name change, the railway retained the station name of Caribou Crossing until 1916. The community remained an important rail depot until the station’s closure in 1982. Today the old station is still used during the summer months by White Pass & Yukon Route for scenic rail excursions to Bennet, British Columbia and beyond all the way to Skagway, Alaska. The original station burned down during a fire in 1910 that destroyed the station, the Caribou Hotel, a store, and most of the other buildings in downtown Carcross. The station, hotel, and store were rebuilt within a year.For many years the sternwheeler Tutshi stood along the shore of the community, but in July 1990 it was destroyed by fire. The remains of the boat have been converted into a viewing platform along with interpretive displays.In the Carcross cemetery two of the co-discoverers of the Bonanza Creek gold strike that sparked the Klondike Gold Rush are buried. These are Skookum Jim Mason and Dawson Charlie (sometimes known as Tagish Charlie), whose First Nations’ names were Keish and Káa Goox respectively. Also buried in the cemetery is Kate Carmack, whose First Nations’ name was Shaaw Tláa. She was Skookum Jim’s sister and, at the time of the strike, the wife of the third co-discoverer, George Carmack. In 1900, Carmack deserted Kate for a white woman and refused her any part of the fortune amassed from the gold strike, as well as access to their daughter. In 1920, she died penniless.One kilometre north of Carcross is reputedly the world’s smallest desert––a 260-hectare expanse of sand that once lay on the bottom of a large glacial lake covering the entire valley bottom. Strong winds off Bennett Lake keep the sand here constantly shifting, rendering it difficult for plants other than lodgepole pine and kinnikinnick to grow.Be sure to stop by the retail village known as "Carcross Commons". It features a carving shed, the Carcross Visitor Information Centre, bakery/coffee shop, a restaurant and art gallery. Accommodations are available right in Carcross as well.Carcross also has a well-stocked convenience store with basic necessities, RV Park and gas station.

Whitehorse Who What Where Tours