Fort McPherson is the first community in the Northwest Territories you’ll reach driving north on the Dempster. It sits next to the famous Peel River, about 121 km south of Inuvik.
Fort McPherson served as a trading post for the Hudson’s Bay Company from as early as 1840, when the company used this area to trade furs with the Gwich’in and the Inuvialuit.  Its importance as a trade location for the Mackenzie Delta region gave it National Historic Site status in 1969.Today, Fort McPherson is home to about 800 people. It’s an important hub for Gwich’in culture, and hosts a modern language protection program that promotes the preservation and documentation of Gwich’in language. It’s also home to the Chii Tsal Dik Gwizheh Tourism and Heritage Centre, which opened in July 2013. Stop by the centre to see fish cutting demonstrations, live fiddle music, dance demonstrations, story telling, sewing classes, and more. 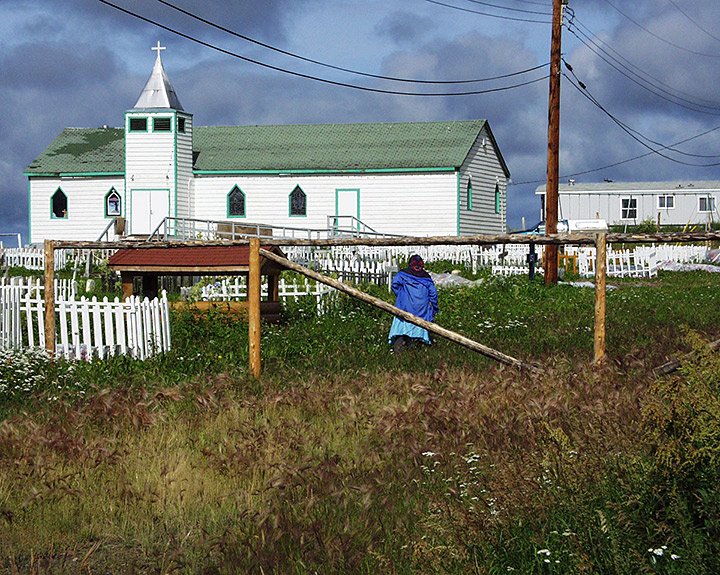