The incident began when a deckboy handed a fully loaded gun to Edward Morgan, ironically the fireman on board. Morgan wanted to take shots at a group of ducks, but tripped and accidentally fired the gun into a load of blasting powder located on deck. The effect was immediate: the explosion blew out the sides of the ship and sent men and cargo into the river. All cargo was lost, though many men managed to reach shore. Rescue came two days later, but six men died as a result of the explosion. One of the bodies was never recovered.

You can see the site of the explosion at the Eagle Rock pullout at km 555 on the Robert Campbell Highway. You can also see Eagle Rock, a unique landscape formation known to the Little Salmon-Carmacks First Nation as Ts’ai Cho Awn, which means giant frog’s den. According to legend, river travelers would lie down as they passed this rock so that the frog didn’t jump on the raft and tip it over. 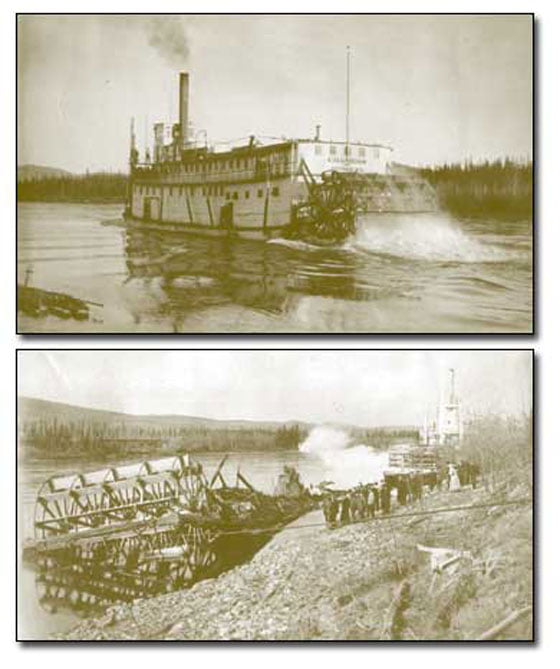