After the Bonanza Creek gold discovery, prospectors from all along the Yukon River tributaries staked mining claims on Bonanza and Eldorado creeks. Some of these men had already been prospecting on the Indian River drainage and Hunker Creek and had been relatively happy with the result of their simple mining operations. 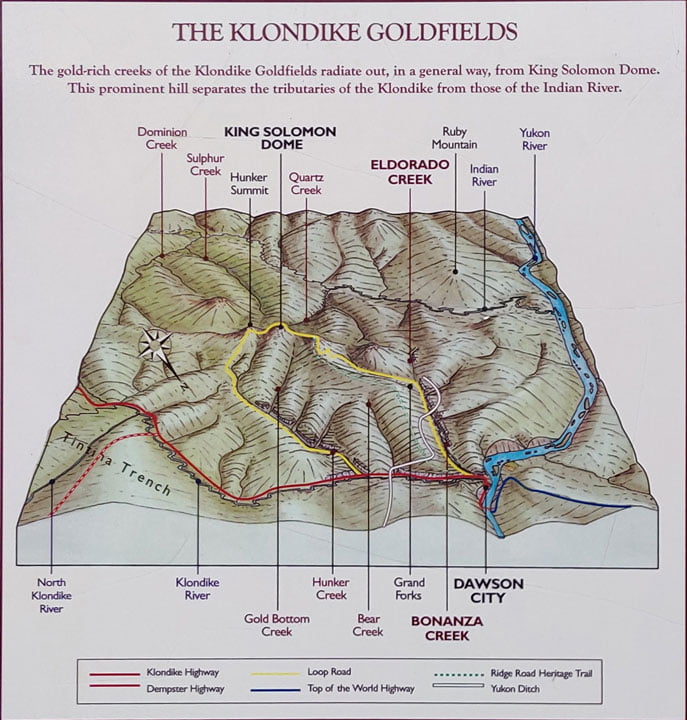 When word of the gold strike spread to the outside world, thousands of would-be miners descended on the area. They staked all the open ground they could find, including claims halfway up the valley slopes. Some of these claims turned out to be the richest in the region. The trick was to follow
the ancient stream beds where placer gold was lodged in the gravel.

But where did the gold originate? The gold-bearing creeks in this region generally radiate out from King Solomon Dome and many miners spent their resources digging into what they thought might be a core of pure gold. The source of the gold is still a geologist’s theory and the search for the mother lode continues. 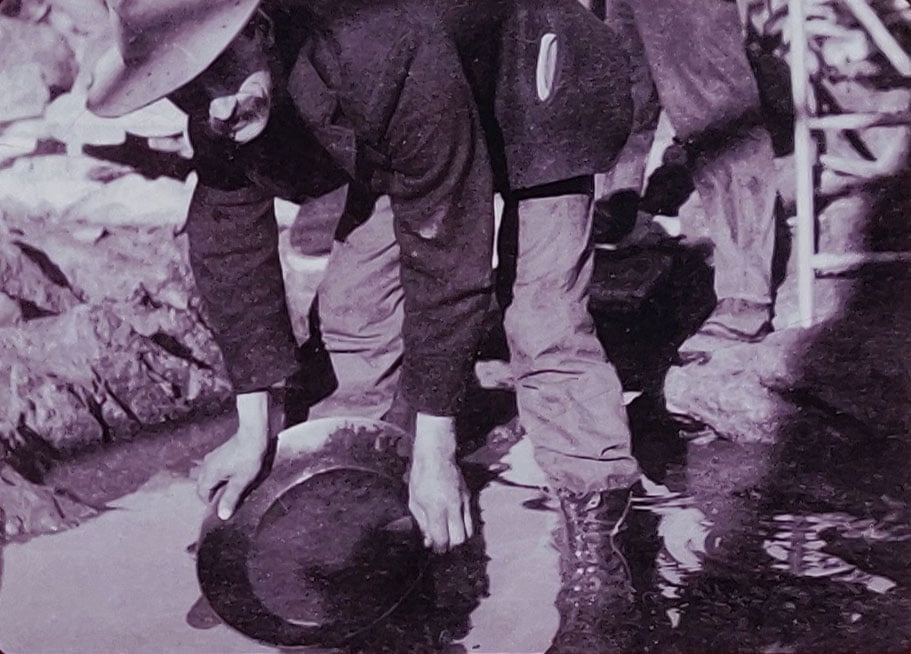 Gold pans remain an essential tool for the miners as they test the ground, make sure their mining techniques are effective, and sort the gold at the end of the recovery process. (Library and Archives Canada #PA 186758) 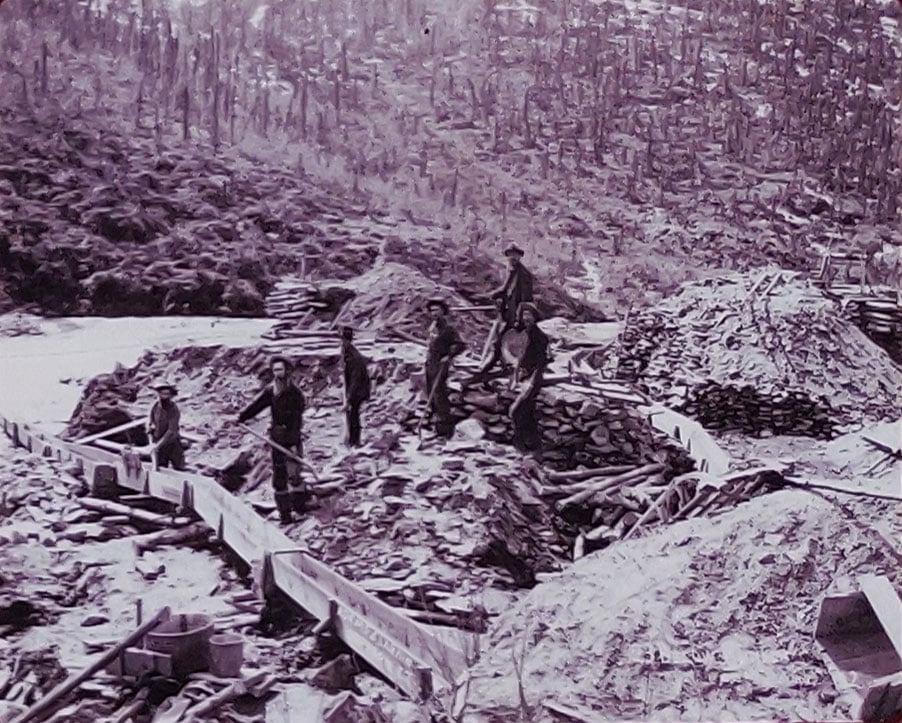 Gravel and gold was brought to the surface by windlass, seen in the background, and then shoveled into the sluice run to wash out the gold. (Yukon Archives, Adam & Larkin fonds #9126) 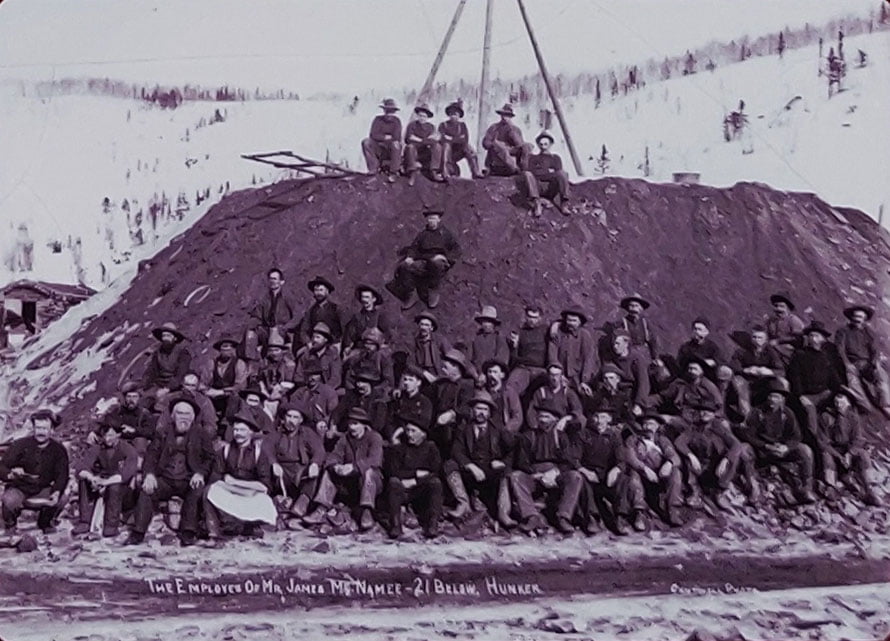 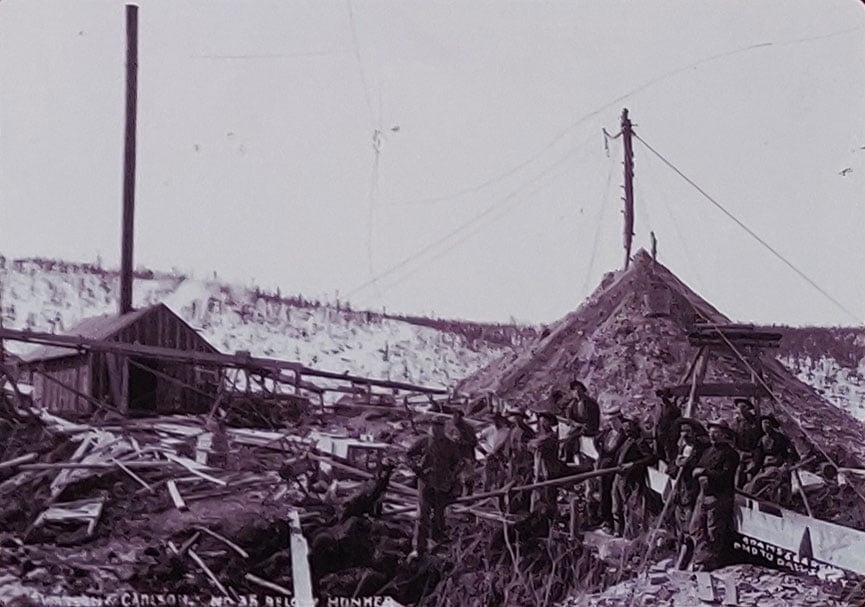 Steam-assisted methods were a major advantage when the gold was deep in the ground. The self-dumping mechanism used in this mine was developed in the Klondike. (Yukon Archives, Adams & Larkin fonds #9121)