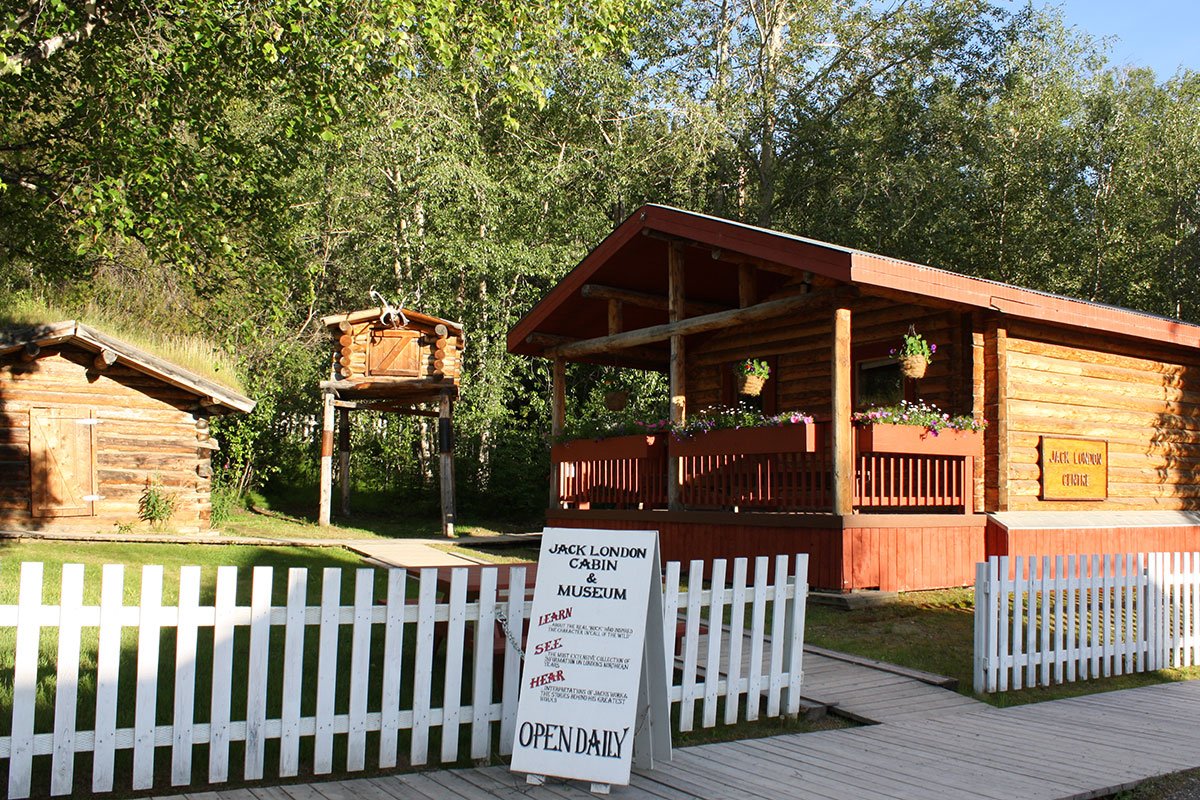 Jack London’s original log cabin was built on the North Fork of Henderson Creek, 120 km south of Dawson City, just prior to the gold rush of 1898. London entered the Yukon in September of 1897 as a 21-year-old prospector looking for gold. While he didn’t strike it rich, he later turned his Klondike adventures into fame and fortune with his legendary short stories and books.

London’s cabin was abandoned after the Gold Rush. It was re-discovered by trappers in 1936 who noted London’s signature on the back wall. Yukon author Dick North organized a search in 1965 and eventually had the cabin dismantled and shipped out.

Two replicas were made from the original logs. One is at the interpretive site in Dawson City, while the other was re-assembled at Jack London Square in Oakland, CA., London’s hometown. The Dawson site was developed by Dick North, the KVA and the Yukon Government. It contains photos, documents, newspaper articles and other London memorabilia. Dick North still spends his summers as an interpreter at the centre, a job he shares with Dawne Mitchell. Together they share their knowledge of London and the cabin with thousands of visitors who visit the site from around the world. The centre is maintained by the KVA and is open to the public seven days a week, mid-May through mid-September.